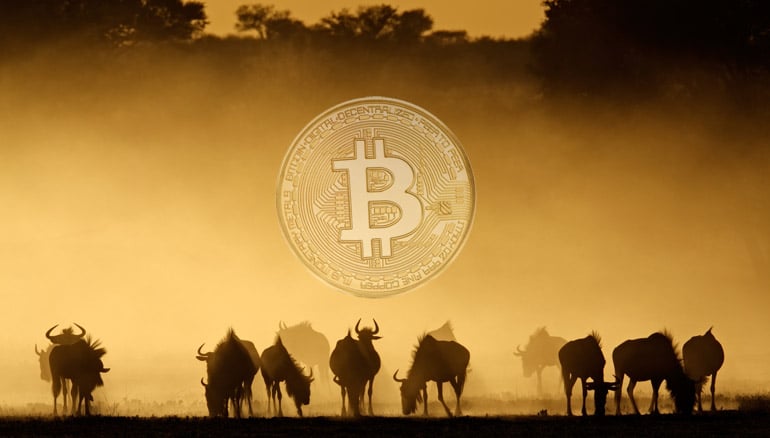 Typically when we talk about cryptocurrencies, we talk about the western world. However, blockchain can make an equally big impact both in developed world and in developing countries.

In Africa, which is the focus of this article, it could make modern financial services available to people who otherwise wouldn’t be able to access them. These, as they are called, underbanked or even unbanked individuals and companies could take advantage of peer-to-peer payments enabled by blockchain networks, such as Bitcoin and Ethereum, to effectively join the global trade. By utilizing these systems, entities from Africa would be able to easily get paid for the products and services they provide.

Let’s look at five possible uses cases of blockchain-based technologies that could help people of Africa (and their companies):

Stemming from easy money transfers, remittances that rely on networks like Bitcoin and Ethereum could make these services much more affordable. A blockchain-based system could disrupt existing players such as Western Union and MoneyGram, which are notorious for their high fees, and in turn leave more money to the local population.

A blockchain-based remittances are already possible though we are still not close to seeing them being used by the majority of people, not in Africa and not anywhere else. Nonetheless, we expect the situation to change in the months and years to come.

Beyond moving money from one entity to the other, blockchain-based technologies can enable a range of financial services to the people of Africa. And the same goes for companies operating on the continent.

A blockchain-based distributed system could be developed to take deposits and make loans. Instead of relying on local fiat currencies, it could use cryptocurrencies (say ether) to make these assets as liquid as possible, thus making sure that both the individual/company receiving the loan and the organization that provides it could use that money for other purposes beyond borders of any given country.

In addition, a blockchain-based system could also serve as a decentralized credit bureau to make sure loans are provided to those who could actually get it back.

One of the main promises of blockchain is to remove the middleman from the equation. A pan-African system could be developed to directly connect product makers / service providers with prospective buyers both within the continent and throughout the world.

With the middleman out of the deal, more money would be left to the people who actually make something / provide some service, allowing them to later one use the extra funds to further develop their businesses.

Whether we’re talking about fruit, vegetables or some other product, if implemented correctly — this sort of system could make a huge difference.

Blockchain in healthcare is something even people in the Western hemisphere are looking to adopt. In many African countries, healthcare systems are old and blockchain-based technologies can help them leapfrog current offering and jump right to what’s next. And that “next” is based on blockchain, enabling patients to move data with them no matter where they happen to go/be.

Digitizing health records is not over in many parts of the world, and novel blockchain-based systems promise to bring this to another level, making sure the data is both secure and easily available. This in turn helps health systems save money as they get to know a person’s health history even if he/she is moving from one part of the country to the other. Better yet, even if he/she is moving to/from another country. We’re not there yet, but we hope to be there in the next 5 years.

Finally, a proper IT system makes governance that much easier. Blockchain-based technologies again promise to improve on existing systems, enabling every citizen to have his/her personal information — not just that related to health — easily accessible.

On the other hand, the same solution could provide population-level information, so that governments are able to better serve their people. Also, this modern system would make paperwork easier to manage by providing multiple entry points for various procedures required by the law.

The entire world is looking what to make of blockchain and how to put it to good use. In a surprising twist of events, due to their lack of legacy systems, certain African countries could be better poised to embrace modern decentralized solutions than even some of the most developed nations. It will take courage, time and a lot of hard work, but we do see the prospects of blockchain technologies and cryptocurrencies in Africa. What do you think?