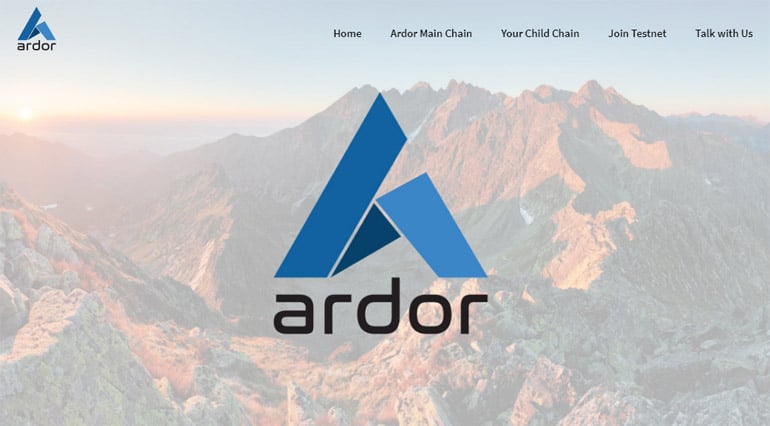 As you may know, there are literally hundreds of different cryptocurrencies “out there” with new ones being created on a regular basis.

The platform called Ardor is there to help this trend by making it easier for businesses, organizations and other users to take advantage of the blockchain technology. It will also have a token (cryptocurrency) of its own (or multiple of them), so we’re giving it the space at Wallet Weekly — here are 5 things you should know about Ardor…

Dubbed NXT 2.0, Ardor is not yet-another blockchain project — it is a blockchain-as-a-service platform that will allow users to create their own blockchains through the use of child chains (more on those in a minute). By doing so, users won’t have to worry about common issues when creating a blockchain as well as securing it with enough nodes.

Generally speaking, the system consists of a main chain and virtually unlimited number of child chains.

Ardor uses Nxt technology and is developed by Jelurida, the company behind the development of the Nxt blockchain project. However, Nxt will still run independently of Ardor.

The Ardor Main Chain will be where all Ardor tokens (ARDR) (Ardor cryptocurrency) will reside. It will serve as the system that secures all child chains and processes their transactions.

While some transactions will be possible on the Main Chain, such as exchanging ARDR from one account to the other, most features will be unavailable on the chain itself in order to improve its performance and reduce blockchain bloat.

Also, the system prunes child chain transaction data to make the size of the blockchain independent of the number of child chains. This in turn ensures scalability of the Ardor network.

Ardor’s support for child chains enables organizations and groups to create a blockchain of their own, all with their own token (cryptocurrency), platform-wide assets and other capabilities. We highlight the following:

In addition, the system enables users of any child chain to hold and trade assets that exist on Ardor with all other child chains throughout the platform.

Down the road, Ardor promises easy setup of child chains, making the process much simpler than setting up one’s own blockchain.

In the meantime, everyone can join the Ardor testnet to try for themselves the various features of Ardor so that the developers can fine-tune the blockchain platform for the mainnet launch in the third quarter of 2017. If you decide to try it out, make sure not to use your Nxt passphrase for security reasons (if you also happen to be a Nxt user).

Another thing to note is that ARDR is currently an asset on the Nxt blockchain until it’s launched later in the year.

If you ever wanted to participate in the Initial Coin Offering (ICO) — which is a cryptocurrency’s equivalent to IPO (Initial Public Offering) — now’s your chance. Jelurida, the company behind Ardor, has started a staged ICO on August 5th. Running through October 14th, it allows anyone to buy into Ardor by getting Ignis coins, with Ignis being the first child chain of Ardor. As with any ICO, the longer you wait — the higher the price will be. It is up to you to decide whether Ardor is something you want to support or not. We find it promising, but can’t be held responsible for any investment you may make. Cause we’re not providing an investment advice here. 😉