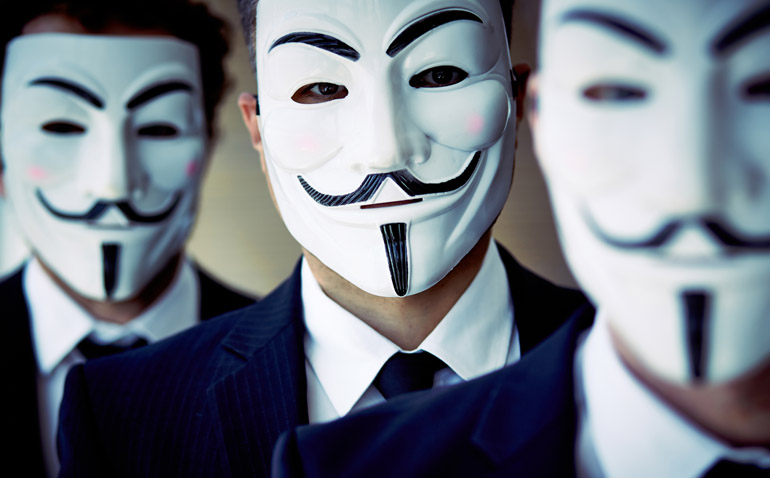 You may have heard that Bitcoin transactions are anonymous but that is only partly true. While Bitcoin’s public ledger (blockchain) does not contain identifiable information, it does have information that could, if needed, be used by the law enforcement to identify and eventually arrest individual(s) accused of a crime.

Nevertheless, as someone buying or selling bitcoins, you have the option either to reveal your identity or to be anonymous.

As we have discussed previously in our “questions about bitcoin transactions” article, you are not 100% anonymous when sending or receiving bitcoins.

Among the clues shared in the public ledger are time stamps and the IP address of the sender. In addition, coins might be “tainted,” or associated with the user’s known Bitcoin addresses.

Now if someone would want to find you, he/she would use that information to get the idea where you are. An IP address could be obtained from your Internet Service Provider (ISP) as well as from a Bitcoin exchange you may have used to send/receive the coins. Also, a piece of spyware on the Bitcoiners’ device could do the trick and so do other Bitcoiners with whom you have transacted in the past.

Who are Bitcoin users?

Bitcoin users are a mixed crowd and getting even more diverse with the day — i.e. keeping up with Bitcoin’s popularity.

Based on surveys from 2013-2015, most Bitcoin users are Americans, male, non-religious, married, and have a household income between $50K and $100K. They are also libertarian (obviously) and generous with their coins.

But again, with Bitcoin getting traction all around the world, the situation is different these days.

How to stay anonymous on Bitcoin network?

It is very hard to be 100% anonymous on Bitcoin network, even impossible. Some clues exist where you may be, and if some government-backed agency wants to find you — chances are, it will succeed in its intent. The only exception could be that you are making Bitcoin transactions from a country that is beyond the government’s power to prosecute — in case of the U.S. that would include places like Russia, China and Iran.

There are some things you could do to increase your anonymity though, including:

Combining a few or all of these tactics could help you hide your identity from prying eyes.

Crime does NOT pay

Being anonymous on Bitcoin networks does not mean a person could get away with major crimes. Quite the contrary, several Bitcoin-related crimes have led to perpetrators getting busted as a result, and we see that as a good thing.

Police and other authorities have a way to get to criminals — by tracing the IP address of a transaction, they could unravel which VPN software a person is using (if any), and then come to the company behind that service with a warrant asking for the real IP. And then repeat this with an ISP that could tell them which user had that particular IP address at the time when said Bitcoin transaction took place.

While Bitcoin offers a dose of anonymity, it is by no means 100% anonymous with all of the transactions “landing” at the public ledger. As long as you know what’s allowed and what’s prohibited by the law, you’re good to go. The bad guys will get caught, have no doubts about it…