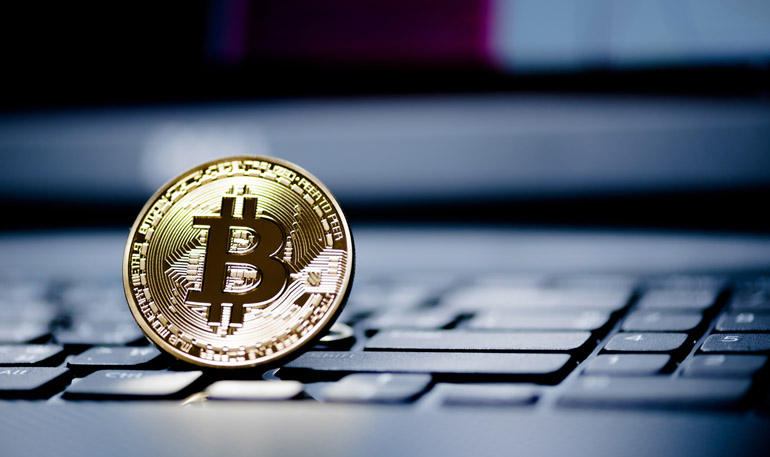 Bitcoin has took the world by storm, and after a period of denial, governments all around the world decided to take a second look at it. The good thing is that most of them said “nah, we don’t care,” opting to leave it to the market to regulate itself. Some of them issued warnings, and only a few governments actually banned Bitcoin transactions. Also in some cases, banks are prohibited from buying and selling cryptocurrency, but those rules do not apply for companies and individuals.

Bitcoin is legal in these countries…

As in, you can buy and sell bitcoins as you please… We go from A to Z…

Argentina
Under the National Constitution of Argentina, bitcoins may be considered money but not legal currency. Argentineans can still use them to buy and sell stuff as long as the party on the other end accepts cryptocurrency.

Australia
Australia has officially confirmed it will treat bitcoin “just like money” on July 1st, 2017 and it will no longer be subject to double taxation.

Brazil
Not regulated, according to communication of Brazilian Central Bank 25.306/2014. Meaning, if the other party will take your bitcoins — you can use them. Also, Brazilians can spend their bitcoins online.

Canada
Bitcoin would seem to be classified pursuant to the current provisions of the Personal Property Security Act (PPSA) simply as an “intangible”.

China (PRC)
While private parties can hold and trade bitcoins in China, People’s Bank of China (PBOC) issued a regulation prohibiting financial firms like banks from doing the same.

Colombia
The circular from March 2014 by Superintendencia Financiera de Colombia states that the use of bitcoin is not regulated in Colombia.

European Union
The European Union has no specific legislation relative to the status of the bitcoin as a currency, but has stated that Value Added Tax (VAT) is not applicable to the conversion between traditional (fiat) currency and bitcoin. However, VAT and other taxes (such as income tax) still apply to transactions made using bitcoins for goods and services. Also, the European Central Bank classifies bitcoin as a convertible decentralized virtual currency. And in July 2014 the European Banking Authority advised European banks not to deal in virtual currencies such as bitcoin until a regulatory regime was in place.

Indonesia
Bank Indonesia does not have detailed policies of regulating or banning bitcoins usage.

Israel
As of 2017, the Israel Tax Authorities issued a statement saying that bitcoin and other cryptocurrencies would not fall under the legal definition of currency, and neither of that of a financial security, but of a taxable asset. Each time a bitcoin is sold, the seller would have to pay a capital gains tax of 25%. Miners and traders of bitcoins would be treated as businesses and would have to pay corporate income tax, as well as charge a 17% VAT.

Jordan
The government of Jordan discourages the use of bitcoin and other similar systems, and the Central Bank of Jordan prohibits banks, currency exchanges, financial companies, and payment service companies from dealing in bitcoins or other digital currencies. Nevertheless, vendors may opt to accept bitcoins if they choose so.

Lebanon
The government of Lebanon has issued a warning to discourage the use of bitcoin and other similar systems. That, however, doesn’t stop its citizens from owning and using the cryptocurrency.

Malaysia
After meeting with local bitcoin proponents, the Bank Negara Malaysia (BNM) issued a statement in January 2014 that bitcoin is not recognized as a legal tender in Malaysia. It will not regulate bitcoin operations at the moment.

New Zealand
The Reserve Bank of New Zealand states: “Non-banks do not need our approval for schemes that involve the storage and/or transfer of value (such as ‘bitcoin’) — so long as they do not involve the issuance of physical circulating currency (notes and coins).”

Nigeria
Individuals can own and trade bitcoins, but banks can’t do that with the Central Bank of Nigeria (CBN) banning that activity in January 2017.

Norway
The Norwegian Tax Administration doesn’t define bitcoin as money but regard it as an asset. Profits are subjected to wealth tax. In business, use of bitcoin falls under the sales tax regulation.

Pakistan
Currently there are no regulations in Pakistan. As per State Bank of Pakistan, bitcoin is unregulated until some bigger player wants to enter the market.

Philippines
Virtual currencies were legalized and cryptocurrency exchanges are regulated by Central Bank of the Philippines (Bangko Sentral ng Pilipinas) under Circular 944.

Russia
Russia had previously banned the use of bitcoin, but as of November 2016 declared that bitcoins are “not illegal” (according to the Federal Tax Service of Russia).

Singapore
According to the Monetary Authority of Singapore (MAS), “whether or not businesses accept bitcoins in exchange for their goods and services is a commercial decision in which MAS does not intervene.” The Inland Revenue Authority of Singapore issued a series of tax guidelines according to which bitcoin transactions may be treated as a barter exchange if it is used as a payment method for real goods and services. Businesses that deal with bitcoin currency exchanges will be taxed based on their bitcoin sales.

South Africa
In December 2014, the Reserve Bank of South Africa issued a position paper on Virtual Currencies whereby it declared that virtual currency had “no legal status or regulatory framework.”

South Korea
There are no laws in South Korea regulating the use of bitcoin at present. In December 2013, the president of the Bank of Korea recommended at a press conference that bitcoin be regulated in the future. At the moment of writing this article, no regulation has been imposed.

Switzerland
In some instances, bitcoin businesses in Switzerland may need to obtain a banking license. The Swiss Federal Council said that there is no need for legislative measures to be taken at the moment. In 2016, the municipality and town of Zug added bitcoin as a means of paying city fees; also, the government-owned Swiss Federal Railways sells bitcoins at its ticket machines.

United Kingdom
The government of the United Kingdom has stated that the bitcoin is currently unregulated and is treated as a “foreign currency” for most purposes. When bitcoin is exchanged for sterling or for foreign currencies no VAT will be due on the value of the bitcoins themselves. However, in all instances, VAT will be due in the normal way from suppliers of any goods or services sold in exchange for bitcoin or other cryptocurrency. Also, profits and losses on cryptocurrencies are subject to capital gains tax.

United States
The U.S. Treasury classified bitcoin as a convertible decentralized virtual currency in 2013. The Commodity Futures Trading Commission (CFTC) classified bitcoin as a commodity in September 2015. As for the IRS, bitcoin is taxed as a property. Finally, in September 2016, a federal judge ruled that “Bitcoins are funds within the plain meaning of that term.”

Vietnam
Trading bitcoin in Vietnam is still unrestricted and unregulated by law, and two largest bitcoin markets in Vietnam — VBTC and Bitcoin Vietnam — are working without being restricted.

Zimbabwe
While the Reserve Bank Of Zimbabwe is skeptical about bitcoin and has not officially permitted its use, BitMari — a Pan-African Blockchain platform — got licensed in April 2017 to operate in the country (through its banking partner – AgriBank).

That’s just an excerpt as in most other countries you can also do with bitcoins whatever you please — we just couldn’t find any official statement — meaning it’s legal.

Bitcoin is illegal in these countries…

For one reason or another, the following countries decided to block the adoption of Bitcoin (and other cryptocurrencies) on their territories:

Bangladesh
In September 2014, Bangladesh Bank said that “anybody caught using the virtual currency could be jailed under the country’s strict anti-money laundering laws”.

Ecuador
The National Assembly of Ecuador banned bitcoins as well as other decentralized digital/crypto currencies, due to the establishment of a new state-run electronic money system.

Saudi Arabia
The government of Saudi Arabia has declared the use and possession of any digital currency (such as bitcoin) to be illegal.

As you have seen, Bitcoin is quickly becoming a mainstream currency with governments in most cases deciding not to give it a special treatment; rather they let the market regulate itself, which is just the way we like it. 😉