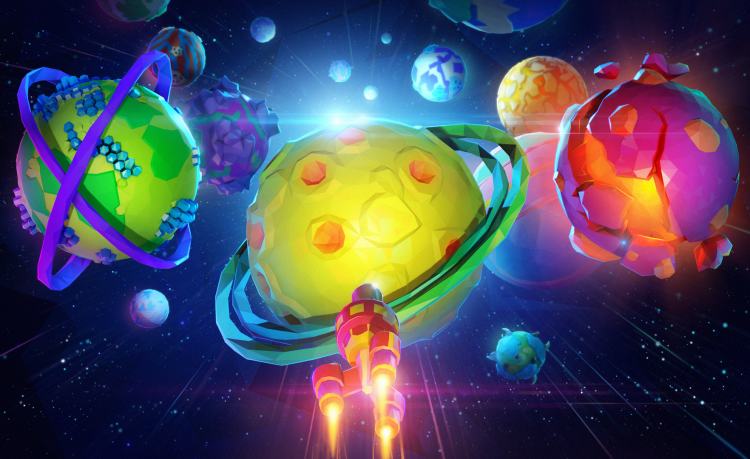 A team of developers is working on a blockchain-based space quest game that will allow players to explore an entire galaxy of planets. Called 0xUniverse, the game runs in the Ethereum network and is a product of Cyprus-based 0xGames.

0xUniverse will see players immersing themselves in a 3D-rendered environment where they will be able to explore space and colonize planets.

The start involves buying the first planet where players have to scavenge for resources and learn how to build their spaceship. Once that part is done, they are ready to start their quest and conquer other planets so they could gather even more resources and vessel-building knowledge.

Speaking of which [vessels], those with stronger engines can reach further, helping users find rare planets that contain even more resources. Also, each planet has its own stories of bloody wars, love and betrayal, civilizations and catastrophe. By joining forces with other users, players will ultimately discover the cosmic origins of life itself.

The game features a finite number of planets to be discovered, the fact that makes them a valuable digital collectible. Planets fall into one of four categories: common, rare, epic or legendary. And according to the 0xGames team, players can “count on frequent returns on the amount they originally pay.”

0xUniverse is currently in the presale phase that began on June 7th, and the game is set to be launched anytime now. Potential players are advised to subscribe for updates so that they could be amongst the first ones to grab a cool planet once it is offered for sale.

The team behind the project is led by Sergey Kopov, who has released more than 50 projects during his 12-year-long career in game development and management. 0xGames also includes Mike Zelenin, who has developed complex software projects in the past — notably creating a private blockchain for Onlinepay, as well as smart contracts on behalf of Naviaddress.

Not the only space quest game out there

A different approach comes from the Chinese search giant Baidu which blockchain-powered game, called Du Yuzhou (translates to “The Universe”) depicts a different kind of space journey where users receive “elements” to build their own planets.

Theses elements, which act as tokens in the game, will initially be available through airdrops, and allow users to develop their own planets. From there, as the planet grows, it will increase the gravity to absorb yet more elements allowing additional features to be unlocked.

“Du Yuzhou is not to launch another cryptocurrency, but a digital society experiment,” the company told CoinDesk, without revealing any tech details such as which blockchain is being used.

Alas, like that’s the case with most Baidu efforts, Du Yuzhou is primarily targeting users in China, and we have no idea when it will be released for players in other parts of the world…