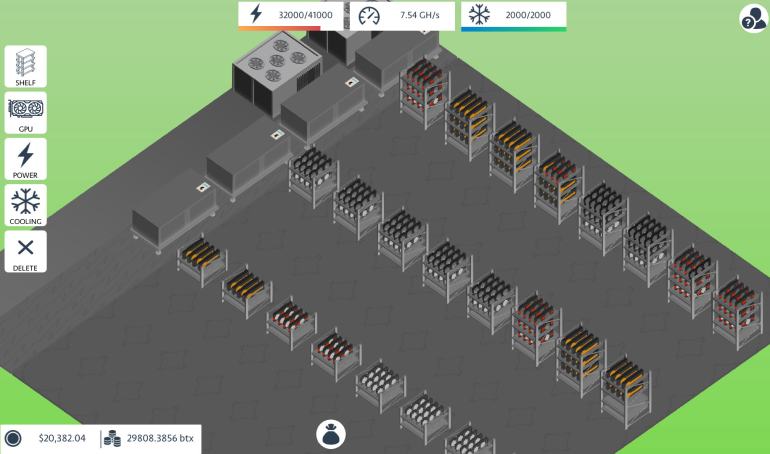 Ever wondered how it feels to be a blockchain tycoon with your own rigs mining cryptocurrencies around the world? Setting up such operation involves hundreds of thousands of dollars if not millions — but you can get a similar experience with a new game. Here’s what it’s all about…

The Blockchain Tycoon game offers players a simulated world in which cryptocurrency mining warehouses can be built in multiple cities. Running on the Steam platform, it offers simulated market prices for coins, research tree, and realistic mining difficulty adjustments, among other features.

Like that’s the case with other “sim” games, you start small, steadily grow your business, HODL valuable assets, and sell high to fund further expansion. Said expansion involves buying new hardware and opening additional facilities in other parts of the world. Just make sure to build warehouses in a friendly environment as your electricity bills could go through the roof, ultimately affecting the profitability of your operation.

As you progress towards becoming the biggest Blockchain Tycoon around and as the competition becomes fiercer, you’ll see how earning coins gets harder and harder. You may even have to take loans to fund the expansion, and/or pick new promising tokens to support.

Even though it covers many aspects of the “crypto game,” Blockchain Tycoon is not yet ready for prime time. Right now, it is in the “Early Access” mode with new content updates coming in the near future. These include multiple coin mode, ICO mode, advance layout customizations, hardware upgrade system, and more.

Also, the game developers want to listen to the community to include more features and make improvements on gameplay to create a better game than it is originally designed. Once finalized, Blockchain Tycoon will sell for $9.99.

Sounds exciting, don’t you think? Check it out.