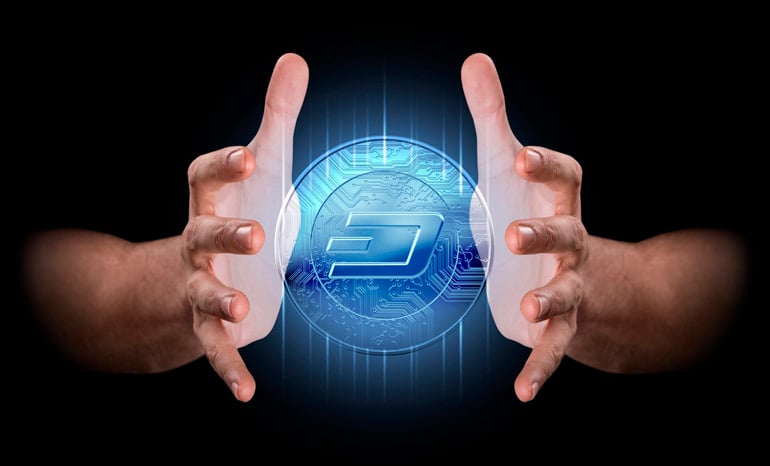 2017 has been a successful year for the cryptocurrency Dash, which used it to expand its reach to a number of new places. Consequently, the value of the Dash coin has appreciated in value, and it is now accepted at more locations than ever before. But I’m getting ahead of myself, let’s start from the end…

The win came from the Dash Core organization’s partnership with CoinBR, a Brazilian cryptocurrency company and a platform provider that serves around 13,000 locations across the country.

This in turn makes Dash one of the most useful cryptocurrencies around, letting those with Dash coins use it like it’s a regular, fiat money.

But as we said, that’s the just a start…

Earlier in 2017, Dash and Uphold announced the currency’s integration into Uphold’s platform which allows users to buy, send and sell digital currencies using the web and/or a mobile phone. According to the joint statement, this will allow 94% of the world’s population to use Dash.

In addition, Uphold said it plans to add support for Dash’s InstantSend feature in the near future, enabling for transactions to be fully confirmed in just a few seconds, rather than minutes or hours.

“Uphold adds to the Dash ecosystem the fastest and easiest method yet for everyday consumers to acquire Dash,” Dash Core CEO Ryan Taylor said at the time of the announcement. “Dash already has many of the world’s largest digital currency exchanges integrated, but exchanges are generally intimidating for average users unaccustomed to trading. Uphold makes transactions much simpler than an exchange, and it supports users from most geographies.”

As we noted before, Dash had an eventful year with some of its other integrations including:

In addition, Dash has also been added to new exchanges, including Bitfinex, Bitthumb, Huobi, Binance, Kraken and a few others. Also, during the 2017 Dash Conference in London, Taylor announced other cool stuff such as a global brokerage service with free bank transfers, access to 20 new fiat currencies, an additional ATM manufacturer, and a healthcare integration, among others.

Unlike (the regular) Bitcoin and Ethereum which are pursuing off-chain scaling solutions, Dash opted for an on-chain solution with version 12.2 of the Dash Core software that supports 2 MB blocks. The plan is to build from there, and increase the blocksize again to 5 MB in the near future; eventually, the Dash’s blocksize would gradually increase to 45 MB or more, enabling the network to handle up to 50 million users.

Such bold goal would work by requiring masternodes to run custom hardware capable of handling such large blocks. On their end, masternode owners would be incentivized by receiving 45% of the block reward, which is roughly $65,000 per year.

Dash’s existing budget system has helped the network grow, with 10 percent of block rewards for the entire month going to budget proposals. Masternode owners, who each control 1,000 DASH, vote on these proposals and the ones that are approved are paid directly by Dash’s Blockchain, which can fund $5 million in projects every month. That’s where the money comes from for further development, community projects, attendance at conferences, business integrations and more.

All this work has helped Dash appreciate in value in recent months. As of mid-November, the price of Dash shot up from $310 to visit lofty heights above $700.

Some would argue that Dash can’t hope to compete against established behemoths like Bitcoin and Ethereum, but we are not sure Dash competes with them, at all. The market is huge, and there is room for multiple players.

“Dash is focused on becoming the first digital currency capable of mass-market adoption,” Taylor said. “We believe our incentivized infrastructure model offers a viable path to providing the capacity required to operate at massive scale.”

Something tells us these guys and gals are onto something. And we can’t wait to see how will Dash perform in 2018…