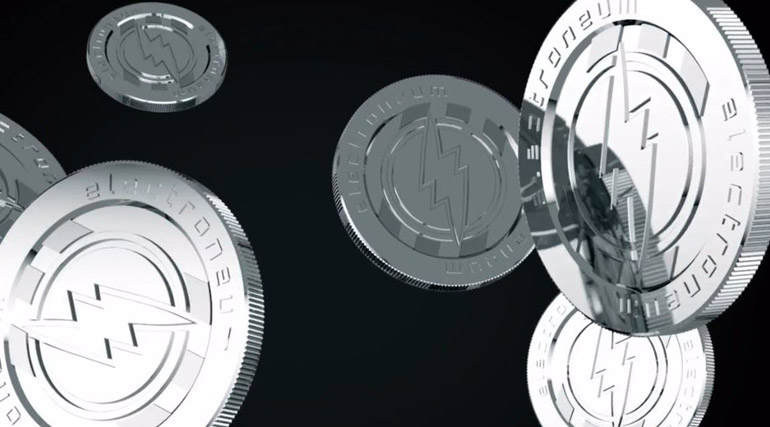 Another day, another token emerges. This time the focus is on mobile users, with Electroneum promising fast micro-transactions between apps, games and users. Also, its mobile app — already available for Android and coming soon to iPhone — will let users mine coins from their phone, though for best performance it is still best to use a desktop computer.

We want to share what we deem are 5 things everyone should know about Electroneum… so without further ado, here’s what we’ve got…

Just like Bitcoin, Electroneum has a restrictive monetary policy. However, while Bitcoin is limited to 21 million coins, Electroneum will top at 21 billion coins — that’s B, not M. This in turn means that transactions will have only 2 decimal spaces and sort of a real money feel that lacks when using Bitcoin in satoshis.

The initial focus of the new cryptocurrency are mobile gaming and gambling markets, though if things catch up – we are sure other industries will be quick to adopt Electroneum, as well.

The artificial scarcity on its end should ensure that Electroneum coins appreciate in value over time.

Right from the start, Electroneum opted for Bytecoin for the “relative simplicity of the job.” Afterwards, they have recruited a core member of the Monero team to work on developing an Electroneum fork of Monero, and after testing the two systems – they opted to use the Monero-based code. (related: Monero Cryptocurrency: 5 Things Everyone Should Know)

There are several reasons why Electroneum has opted for Monero-based code, with the most notable one being that it is way more developed and maintained than Bytecoin. Bytecoin has had 88 commits to its core code since 2014; in comparison, Monero had 4795 commits!

Also, the number of people working on Monero and the development has meant it is far more stable and offers many more features, flexibility and growth potential.

Finally, this move will make it much easier for the Electroneum team to have its token listed on various cryptocurrency exchanges; if they have Monero listed, it makes it super-easy for them to list Electroneum, as well.

Electroneum had one of the largest ICOs by user numbers, of all time. The token sale reached its $40 million hard cap and closed early making it one of the most successful token sales to date. Perhaps more important, it reached in excess of 120,000 contributors and over 300,000 registered users.

Using this money, the Electroneum team aims to further develop the cryptocurrency that is aimed at the 2.2 billion smartphone users around the globe. Also, a big chunk of the money will be used for marketing purposes, to bring new users to the platform and consequently increase the value of tokens — the more it is used, the more it is worth.

Before October 19th, $1 was good for 110 Electroneum coins, and after that date — the same amount bought users 100 coins.

The already mentioned mobile app allows users to manage their online funds by sending and receiving payments with the convenience of simple QR code scanning. Additionally, it offers the user a cryptocurrency mining experience, without the technical knowledge or specialist hardware that is required for Bitcoin or Ethereum mining. And this is arguably one of the most important features of Electroneum — it promises to bring more users to the cryptocurrency space.

Nonetheless, and as we have already mentioned above – a powerful desktop computer is much better suited for mining purposes.

5. Where can you buy and sell Electroneum coins?

At the time of this writing, Electroneum is listed (can be traded) on Cryptopia. Also the team has applied to be added to Liqui and HitBTC; other cryptocurrency exchanges they will be applying to include Poloniex, Evercoin, Bittrex, Bitfinex, Livecoin and Exmo. The application status for each exchange is available at Electroneum’s website…