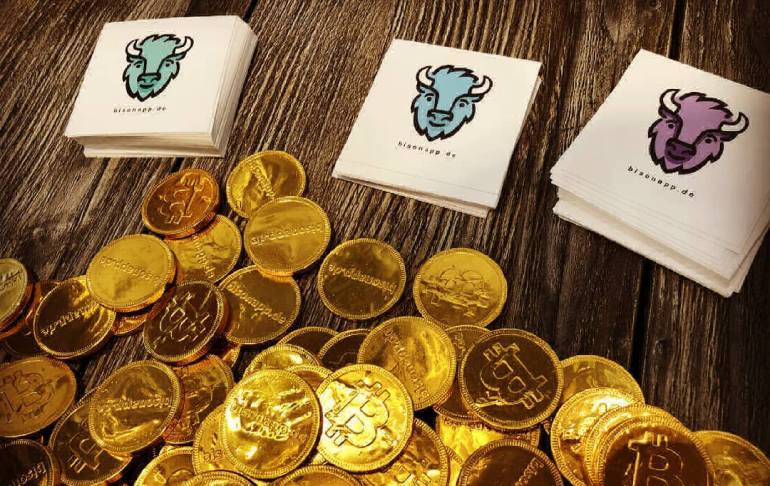 Although we have seen NASDAQ securing a number of blockchain-related patents, we can’t imagine them launching a full-blown cryptocurrency exchange… at least not in the near future. Simply put, we are talking about assets that are too volatile for “regular” markets.

Alas, (some) Germans beg to disagree, with the country’s second largest stock exchange — Börse Stuttgart — working on a cryptocurrency trading app of its own. Actually, said app will be launched by Sowa Labs, which is a subsidiary of Börse Stuttgart, but the point is the same – Europe’s major financial institution is backing a crypto-trading app.

This September, on a phone near you…

The app, called Bison, will be released in September initially supporting the most popular cryptocurrencies — including Bitcoin (BTC), Ethereum (ETC), Litecoin (LTC), and Ripple (XRP) — with even more digital assets to be added down the road. Also initially, the app/service won’t charge trading fees making for a that much sweeter deal.

On the downside though, at least for some of us, it will be available in German, and only later in English.

“Bison makes trading in digital currencies easy,” Managing Director at Sowa Labs Dr. Ulli Spankowski said in a statement. “It is the first crypto app in the world to have a traditional stock exchange behind it.”

Börse Stuttgart acquired Sowa Labs last December when Alexander Höptner, member of the management board of Börse Stuttgart, said the move will help fulfill part of the exchange’s digital strategy. No numbers were shared at the moment of acquisition though Höptner mentioned it was a seven-figure deal.

Canadians want a piece of the action, too

Germans are not the only ones looking to launch a stock exchange-backed trading app/service; Canadians also want a piece of the action, with the country’s stock exchange operator TMX Group getting ready to fight for its slice of the pie.

The company will make the move through its wholly-owned subsidiary, Shorcan Digital Currency Network, which has recently partnered with Paycase Financial to launch a cryptocurrency trading service at some point in the second quarter of this year. Initially, the offering will support bitcoin and ether, with other cryptocurrencies likely to follow at a later date.

At the time of the announcement, Paycase chief executive Joseph Weinberg said that the partnership “represents the true institutionalization of cryptocurrencies as an asset class.”

“Paycase’s partnership with the TMX solved a major problem in the blockchain ecosystem. With this partnership, we have built the first major bridge between the crypto world and the traditional financial markets,” he added.