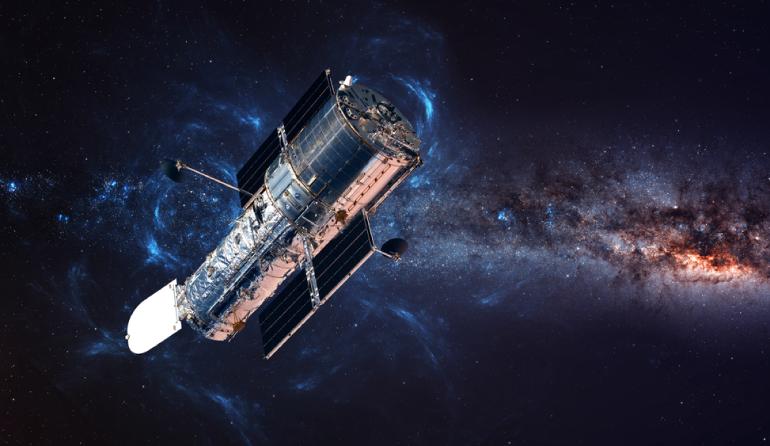 Every other day we learn about some other cool use of the blockchain technology, or we get to see a new kind of organization joining the ride. Today’s story combines the two, with a Hubble Space Telescope (HST) researcher exploring the use of blockchain for processing the vast amounts of data produced.

Intrigued? So are we, and therefore – here are some cool details…

Processing data in a blockchain could be more cost efficient

According to Josh Peek — an associate astronomer with the Space Telescope Science Institute (STScI) — space telescopes like the HST require “millions upon millions” of hours of computing power to process data, which can quickly become expensive.

Also since the universe is vast, researchers have to calculate how to use resources to achieve the best results. And so they were spending “a tiny amount of compute time per galaxy” that produced basic results while potentially introducing errors at a detailed level. With the advances in computer technology, more computing power was put in the hands of researchers, which in turn produced a lot more data.

By using a decentralized network — instead of a traditional server farm — researchers may get even more resources without paying a premium for the benefit.

“Tens of millions of CPU hours can really run up a bill. NASA and [STScI] use computing centers and that’s a way we can go … but there’s long latency period where you go through a grant process,” Peek explained. “And so the idea came up that we could use a distributed network to do this really efficiently, it’s 10 times cheaper than standard cloud computing.”

Not doing it alone…

Peek is not looking to reinvent the wheel, and has teamed-up with blockchain startups AIKON and Hadron to process the research data. Specifically, AIKON provides an interface for data input, after which it is processed and rendered through computers comprising Hadron’s blockchain network.

Peek thinks this approach is similar to the SETI@Home program that helps researchers attached to the Search for Extraterrestrial Intelligence (SETI) project crowdsource computing power. This new way of doing things, however, is relying on a blockchain platform.

“The idea is, we work through AIKON, [which] works as an intermediary and they provide a simple interface for companies to use, or for research groups like mine,” he explained.

AIKON co-founder and chief product officer Marc Blinder on his end said that AIKON works well with Hadron, which he described as a “useful” proof-of-work blockchain that is processing the data Peek provides, with computing time paid for with AIKON’s “CPU” tokens.

These tokens, in case you wonder, are pegged to the average cost of computing power charged by cloud hosting services. This, according to Blinder, is done to reduce volatility.

At the moment, Peek is testing the system using a supply of free tokens and if it proves viable — chances are real money will be involved, helping push more researchers to the two platforms.

Sounds like a plan if you ask me. What do you say?