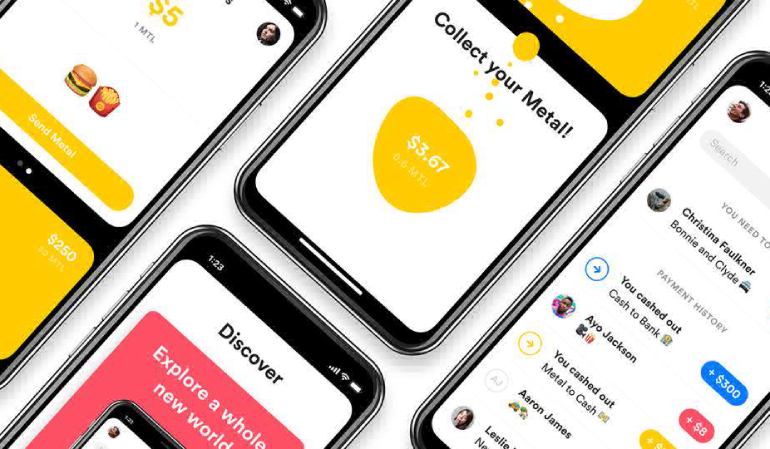 Bitcoin may have been introduced as the world’s first cryptocurrency, but it is far from being used as an everyday currency. Quite the contrary, most people consider it an asset they “hodl” for some time, and eventually sell for profit.

Many other crypto-related projects emerged in the meantime, but Bitcoin is still the king of the space.

Now we have Metal — marked as MTL — a new cryptocurrency launching on the Ethereum network with the idea to bridge the gap between crypto and regular, fiat currencies – and eventually push the adoption of this new kind of money to the mainstream user. This article will try to explain what Metal is all about; so without further ado – here’s what we’ve got…

Metal is an ERC20 token that is, obviously, running on the Ethereum network. It is also the name of the processing app for users to make and receive payments in Metal, as well as other crypto and fiat currencies. That’s right, the system is designed to sing along Bitcoin, Ethereum and other cryptocurrencies, and the “regular money” like the U.S. dollar and Euro.

In other words, the app provides fiat-to-crypto and crypto-to-fiat conversions on demand based on the market price of Metal in that particular moment. As such, it is dubbed a next generation hybrid payment app which — as we’ve noted above — aims to bring more people to use cryptocurrencies.

You can also see what Metal is all about from the video below:

As noted, Metal aims to enable seamless interoperability between fiat and crypto world. And being an ERC20 token, Metal is not easy to meddle with, as it remains open and fair for anyone to audit. This also makes it a liquid asset which can easily be exchanged for other cryptocurrencies and eventually the good ol’ cash.

Unique to the Metal system, it boasts a reward mechanism called PoPP (Proof of Processed Payments), which is also used to introduce new Metal tokens into the system. The PoPP has a certain number of tokens locked that are unlocked and then rewarded to Metal users when they convert their fiat currency into crypto via the Metal app.

When you convert fiat into crypto after the conversion, a portion of the gross amount of the payment is returned in Metal tokens to both the sender and receiver. This is 5 percent of the volume of the transaction at trading value for MTL in either direction (sender/receiver). For instance, if $100 worth of MTL, trading at $1/MTL is sent, both the sender and receiver would get 5 MTL tokens.

In addition, the system requires that all users provide their personal information so that they are compliant with the Metal KYC (Know Your Customer) rules. In part, this is added so that Metal can open a bank account in behalf of its users to enable the mentioned conversions between crypto and fiat currencies.

As mentioned above, every Metal user will get a regular bank account, starting with the US. There, it will provide FDIC insured accounts that will guarantee the safety of the money in case the bank goes out of business.

These accounts will provide everything that a normal bank user gets, including a checking account, a routing number, a debit card, and so on.

Right now, this feature is limited to the users in the U.S. but the plan is to steadily roll it out in other parts of the world.

4. The Vault is the Wallet

Another feature of the Metal system is the Metal Vault that serves as the gateway for crypto to enable users to securely hold their cryptocurrencies like Bitcoin, Ethereum, Metal, and other ERC20 tokens.

This vault is actually a non-hosted wallet, meaning users will always hold private keys of their cryptocurrencies without relying on a third party.

Like any other ERC20 token, Metal is available from a number of exchanges. For instance, you can get it from Binance, Cryptoppia, Livecoin, and EtherDelta, among other places. You will, however, have hard time buying it with U.S. dollars and/or Euros, and will rather have to exchange your bitcoin and ether holdings for Metal tokens.

The situation is similar with storing Metal tokens – if a wallet can take ERC20 tokens, it can also hold MTL. Some of the popular choices include Coinomi, Jaxx, MyEtherWallet, as well as hardware options such as Ledger Nano S, Ledger Blue and Trezor.

There are no doubts in my mind that Metal has a future in the “cryptosphere.” There are some caveats though, such as those KYC rules that could deter some people who aren’t comfortable with sharing their information with third parties. Again, this is required because as part of the Metal app, users also get a regular bank account that serves to enable seamless crypto-to-fiat transactions (and the other way round).

It is totally up to you to decide whether you want to invest in Metal or not. If you need more convincing, you may want to first follow Metal’s blog and its Twitter account, or even read its whitepaper. Then, you will be able to make a more informed decision. Which is always recommended.