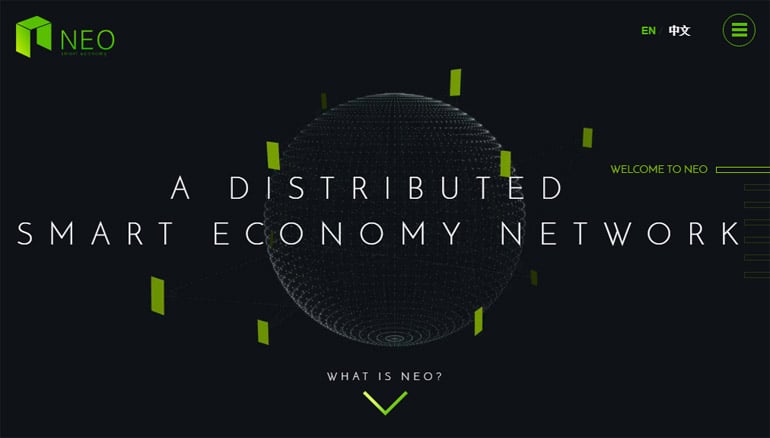 Bitcoin is still the king, but Ethereum is gaining some serious traction with major corporations putting their big muscles behind the world’s second popular cryptocurrency.

In China, they want their own version of Ethereum — not the government, but a few people (for now) — and it’s called NEO. Just like Ethereum, it too supports smart contracts to enable developers to make decentralized apps (DAPPS), which run in a blockchain.

Formerly known as Antshares, NEO uses a unique blockchain algorithm that improves upon Ethereum’s model, adding decentralized commerce, identification and digitization of several assets to the mix. The platform is also made more secure, to close loopholes that have caused some ether contracts to be vulnerable to hackers.

In addition, NEO provides various advanced languages for its compiler, such as Python and Go. Furthermore, the NEO Contract — which is run through a NEO Virtual Machine — supports various commonly used programming languages, including C# and Java, which is another major advantage, making it easier for more developers to join the (blockchain) game.

As noted above, NEO’s goal is to become the Ethereum of China. To that end, NEO has collaborated with Chinese certificate authorities to map real-world assets using its smart contract technology. Also, it has signed partnership agreements with several startup companies.

The fact that such a bold goal is set for NEO has propelled it to the top 10 list of most valuable currencies by market cap. It remains to be seen whether NEO will be able to deliver on its bold goals, and in the meantime we’ll try to analyze the meteoric rise of the platform.

5 reasons behind the rise of NEO

1. Great team
NEO was founded by Da Hongfei, who is a very respected professional in the tech world (also the CEO of Onchain). He and his team make sure they are as accessible to the public as possible, and often speak about the (blockchain) technology’s real-world applications.

2. Trouble with fiat currencies
Like many other cryptocurrencies, NEO is also benefiting from all the uncertainty in the world. As the planet gets more interconnected and interdependent, it is only natural that a new kind of money will be needed, and NEO thinks it has what it takes to stay relevant.

3. Ethereum valuation
The fact that is compared to Ethereum plays to NEO’s favor. With Ethereum growing like crazy, it is only natural that its equivalent from the Far East will follow suit. There’s money to be made if NEO manages to deliver on Ethereum’s promise in the world’s most populous country.

4. Support from Chinese institutions
We know how Trump tweets can shift markets, and something similar has happened in the cryptocurrency world with a tweet from the NEO team indicating they would be partnering with Chinese financial institutions; this has obviously pushed the price of NEO tokens north.

5. Chinese crypto market keeps growing…
NEO could grow even without support from China’s financial institutions. The country is already one of the largest crypto markets in the world and NEO is riding that trend, with a potential to become one of the key players in the country.

Should you invest in NEO?

You know that we can’t offer you a direct investment advice, right? You should do your own research before getting involved in any cryptocurrency.

Nonetheless, we do think the NEO team is onto something. And in that sense, perhaps you want to follow them before investing a single dime of your hard earned cash into their cryptocurrency. Or not… Think it through, and decide for yourself…