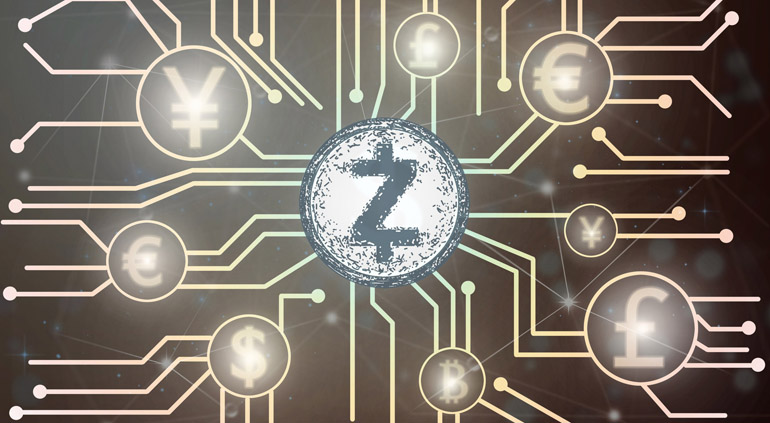 It is like every now and then we hear about a new cryptocurrency. Some of these are more promising than others, and today we’re talking about Zcash, which is trading under the symbol ZEC.

From what we can tell, this could be a cryptocurrency worth investigating and so we’re unraveling 6 things everyone should know about Zcash. Let’s roll…

Like that is the case with Bitcoin, Ethereum and many other cryptocurrencies — Zcash payments are published on a public blockchain, but the sender, recipient, and amount of a transaction may (or may not) remain private. If the user decides to hide information about the transaction, he/she can rely on Zcash’s novel cryptographic zero-knowledge proofs (zk-SNARKs) to protect both the amount and recipient of shielded transactions.

Similarly to Bitcoin — and unlike Ethereum — Zcash has a fixed total supply of 21 million units. Also, it follows the same issuance rate with 21 million ZEC being issued over 131 years, but instead of having 10 minute blocks, ZCash will have a 2.5 minute block average with 4 times bigger block rewards that halve every 4 years.

3. Zcash used to be known as Zerocash

The project started in 2014 and was developed through a collaboration between the original Zerocoin researchers at Johns Hopkins University and a group of cryptographers at the Massachusetts Institute of Technology, the Technion — Israel Institute of Technology, and Tel Aviv University. The Zcash project was formally announced by ZECC CEO Zooko Wilcox-O’Hearn at the start of 2016, as an evolution of the existing Zerocoin project.

Before that, the first mining of ZEC took place with the Zcash 1.0.0 “Sprout” release on October 28, 2016. Then in April 2017, Zcash was included among the cryptocurrencies that can be managed by Jaxx, a wallet platform available for Android and iOS, and has consequently entered the top 10 cryptocurrencies by market cap.

5. Zcash has a great team

Zcash has a backing of a heavy-weight team that includes such names such as Roger Ver and Barry Silbert — both known for their support for Bitcoin — and Zooko Wilcox, a 41-year-old cryptographer who serves as a Zcash CEO. Also, Zcash’s advisors include Bitcoin Foundation’s Chief Scientist Gavin Andresen and Ethereum’s Vitalik Buterin; plus, the platform has a lot of investors like Pantera Capital, Digital Currency Group, Fenbushi Capital, London Trust Media and Evolve VC, among others.

6. Zcash is not an open-source community but a company

And as a company it is in it for the money. Some people don’t like this, while some others were actually pleased to know that this entity will work its buts off to make money for its investors, and if it manages to do so — those that have bought or mined for Zcash will be rewarded, as well. In other words, if Zcash works for the company behind the cryptocurrency, it should also be good for everyone who invested resources to buy/mine ZEC. Furthermore, because Zcash is formed as a company with investors, it should have enough money to fund further development and release timely updates — which is something a few other cryptocurrencies are struggling with.

Should you buy into Zcash?

As you may have concluded from reading this article, there are a few factors working in Zcash’s favor. Nevertheless, we cannot provide an investment advice, and can’t be held responsible for any loss or damage.

We at Wallet Weekly are strong believers in cryptocurrencies and for what it matters — we walk the talk. As that’s that the case with any kind of investment, investing in Zcash comes with a risk. It is up to you to decide whether you want to take that risk… or miss out on the opportunity.