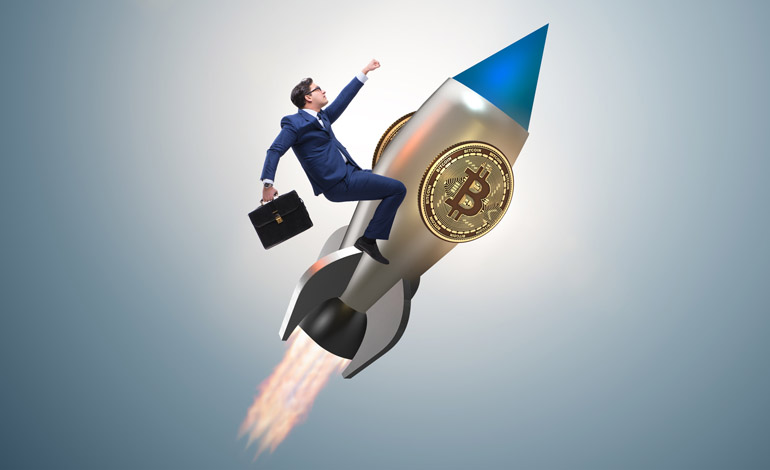 Bitcoin has been described as a great store of value, and has in that sense being compared to gold. For one thing, there won’t be an infinite number of Bitcoins — the algorithm is set to top at 21 million coins, which is expected to happen at some point in 2140. This in turn makes Bitcoin — just like gold — a scarce resource, the fact that has helped the world’s first cryptocurrency hit and then surpass the $10,000 mark.

Although the value of Bitcoin has dropped a lot in the last few months, some folks think the party’s just getting started.

Ran Neuner, the host of CNBC’s show Cryptotrader, is one of them. The guy who also happen to be the 28th most influential Blockchain insider according to Richtopia, has recently tweeted his prediction — Bitcoin will end 2018 at the price point of $50,000!

That’s a bold claim, and it’s coming from someone who knows a thing or two about cryptocurrencies. Nonetheless, the tweet was met with a mixed response from the crypto community, with some users expressing their disagreement and some others looking forward to the bright future ahead (for Bitcoin).

Neuner is not the only one expecting the good times for Bitcoin; founder of Standpoint Research, Ronnie Moas, shares this optimism though he didn’t want to go that far. He thinks, the world’s most valuable cryptocurrency will top at $28,000 in 2018.

He compared Bitcoin to gold to justify his thinking:

“Why do I think Bitcoin deserves the same valuation as gold? It’s very simple, I don’t know how much gold there is in the ground, but I know how much Bitcoin there is, and I also know that if the current pace continues with one to two million people around the world opening up new crypto accounts, we will have a few hundred million people by this time two years from now trying to get their hands on a few million Bitcoin that are available,” he said, adding that his prediction “may get upgraded again in the next few months.”

We want to turn this article into a discussion starting point, and are eager to hear your thoughts. Where do you think BItcoin will be at the end of 2018? Are you an optimist, or you think this year it will go away along with other cryptocurrencies?

Bear in mind that Bitcoin has been adopted by many hedge funds, and that today you can trade both on and against it thanks to Bitcoin futures.

In other words, this “thing” is real, we’re just not sure where Bitcoin is going? So – what do you say?