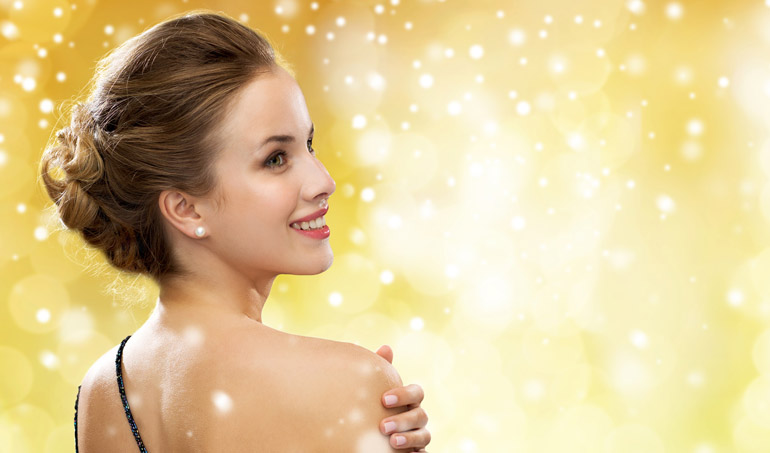 Celebrities are not immune to Bitcoin and cryptocurrency. In fact, few of them are openly supporting Bitcoin and some are even backing Initial Coin Offerings (ICOs). And are not ashamed to share their endeavors.

We have scattered the interwebs to collect all of them, but chances are there are many others that are “hiding” their bitcoin and other crypto assets. So without further ado, here are…

1. 50 Cent
Hip-hop star Curtis “50 Cent” Jackson has started to accept the digital currency as payment for his album, “Animal Ambition.” Under the deal, the rapper’s Shopify store accepts bitcoin payments, with BitPay acting as the payments processor.

2. Ashton Kutcher
To no one’s surprise, the actor who is well versed in technology — and has even served as a product engineer at Lenovo — is also bullish on blockchain and cryptocurrencies. Kutcher was investors in such companies as Skype, Foursquare, Airbnb, Path and Fab.com, and has even appeared on Shark Tank a few times. In the blockchain space, he is known as an investor in the cryptocurrency exchange, BitBay.

3. Bjork
Bjork’s latest album Utopia will be available for purchase through cryptocurrencies, including Bitcoin, Litecoin, DASH, and AudioCoin. According to Kevin Bacon of Blockpool, the Icelandic singer-songwriter isn’t doing this for marketing; rather it is a decision to be a leader. Nonetheless, she got some free publicity as a result. 😉

4. Floyd Mayweather
Former professional boxer with 15 world titles in five weight classes was the first celebrity to promote an ICO. The “Floyd Crypto Mayweather” turned to Instagram and Twitter to promote his support for cryptocurrencies. Mayweather has also backed crypto debit cards, and has partnered with Centra Card to spend his cryptocurrency in mainstream commerce.

5. Donald Glover
An American actor, writer, producer, director, comedian, rapper, DJ, singer, songwriter and now a cryptocurrency supporter expressed his support for Bitcoin in one of his interviews. No ICO endorsements here, but every little counts. 😉

6. Drew Carey
An American actor, comedian, sports executive, and host of the “Whose Line is it Anyway” show was one of the earlier adopters of Bitcoin. A few times, he expressed his belief that at some point cryptocurrencies will reach mass adoption.

7. Gwyneth Paltrow
In August 2017, Bitcoin wallet startup Abra has announced that the world-renowned actress and entrepreneur Gwyneth Paltrow has joined its team as an advisor. The relationship started during an episode of the Apple TV reality show “Planet of the Apps,” and has continued ever since.

8. Harry Redknapp
A 70-year-old English football manager tweeted that he was “proper excited” about Electroneum’s ICO. What made this a story is that Redknapp is not really tech savvy, though Electroneum is known for its simplicity, enabling users to join the market, and even mine for coins, from their smartphones.

9. Jamie Foxx
The actor turned to Twitter to promote the token sale for Cobinhood, which is being advertised as a zero-fee cryptocurrency exchange. That sale ended with 45,254.9 ETH raised — almost $14 million — from 17,433 contributors. It is obviously a success but we’re not sure how much Foxx added to it.

10. Luis Suarez
A Uruguayan professional footballer who plays as a striker for Spanish club FC Barcelona has used its popularity to promote an ICO. Suarez turned to Twitter and Instagram to help the prediction market Stox get its initial funding, urging others to sign up to Stox along with him.

11. Mel B
Melanie Janine Brown is an English singer, songwriter, presenter, television personality, dancer, actress, author, and model, best known as a member of Spice Girls. Mel B is one of the few artists to accept Bitcoin payments for her music in a move that makes cryptocurrencies closer to the general public.

12. Paris Hilton
The hotel heiress has taken to Twitter to announce her participation in an ICO for Lydian, which is developing “blockchain driven technologies to reduce ad fraud and to maximize the effectiveness of ad marketing expenditures.” In her tweet, Hilton used the hashtag “#ThisIsNotAnAd,” hinting us she actually believes in this project. We can hardly imagine Lydian having enough money to pay for her endorsement.

13. Snoop Dogg
Also known as Snoop Lion, the rapper has been a fan of cryptocurrency for quite some time now. He tweeted his intent to accept Bitcoin payments for an album, and continued by contacting CoinBase and Bitpay to make that happen. Alas, we’re still waiting…

14. The Game
Jayceon Terrell Taylor, which is the rapper’s real name, has been brought on by ParagonCoin, an ICO aimed at the marijuana ecosystem, as an advisor. The Game is known in this market and “expanding” to a blockchain-based system is a natural step forward. Or so it seems.

In fact, the U.S. Securities and Exchange Commission (SEC) has issued a warning to investors about celebrity-endorsed ICOs.

It said that celebrities taking that route may run afoul of “anti-touting” laws if they don’t correctly state what compensation, if any, they may have received.

“Celebrities and others are using social media networks to encourage the public to purchase stocks and other investments,” the agency said. “These endorsements may be unlawful if they do not disclose the nature, source, and amount of any compensation paid, directly or indirectly, by the company in exchange for the endorsement.”

The SEC added that potential investors to not base their decisions solely on the endorsement of a celebrity. So it’s up to you to decide whether you trust some celebrity over their cryptocurrency decision or not. It’s your money, after all.